We did not think of a Russian invasion of Ukraine was imminent. While we thought Moscow’s concerns about national security were entirely justified, especially in view of NATO’s steady eastward march and U.S. missile deployments to areas bordering Russia, we view Putin’s assault as unjustifiable and ill-conceived. It is reminiscent of foreign interventions in places like Vietnam, Iraq or Afghanistan and will likely have the same consequences: unimaginable suffering for the conquered and, in time, shameful defeat for the aggressor. 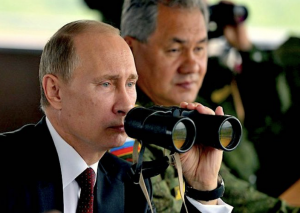 Still, countless uncertainties remain, especially at this stage of the conflict. We can draw some early conclusions, but a continuous reassessment is needed as the situation evolves.

– Putin’s position is weakened, not just externally but also on his home turf.

– A negotiated settlement is highly unlikely because Russia’s new situation is a net positive for the U.S. and Britain. The invasion has distinctly weakened the EU’s ambitions to become less dependent on the post-war Washington-led global order.

– The most likely outcome is that Russia will be bogged down in Ukraine for many years to come. A less likely possibility is a Russian retreat, premised on guarantees that Ukraine will not join NATO.

– China’s posture needs to be carefully monitored. I think we can count on Beijing’s cautious assessment of developments.

Having said that, the implications for China are even more positive than those for the U.S.. Consider the following:

• Russia is now more firmly in Beijing’s orbit than before;

• Plentiful natural resource supplies from Russia to China are assured for years to come;

• With EU trade diminishing, Russia has one principal source of consumer goods—China;

– Going forward, there will be numerous geopolitical flashpoints. We can think of several highly unstable, but strategically important countries that will be seriously impacted by shortages of food and other commodities. Turkey and Egypt are among them.

– IT challenges are likely to escalate. To Western European countries, Ukraine was an important provider of internet technology support. We may see more cyber-attacks too. After all, they are a means of warfare.

– As long as Russia stays in Ukraine, energy prices will stay elevated, with devastating effects on key European economies. The cost of other commodities, such as grains and some metals, will be similarly impacted.

– Global supply chains will not only be challenged but will undergo significant transformation. Inflation will stay elevated for longer than previously assumed. The odds that we’ll experience 1970s-style inflation are rising. It’s important to recognize that rising prices will coincide with pronounced economic weakness.

– The odds of a serious policy error by central banks intent on raising interest rates are rapidly growing.

– The decade-old run in stock indices has ended. From here on, equity investors will have to pay much more attention to the sector and stock selection. We’ve overweighted energy, metals and agriculture for some time, which is now paying off.

– Bonds remain on the defensive; we continue to avoid them. To be sure, central banks are less likely to raise rates meaningfully than they were two weeks ago, but investing in assets that represent another party’s liability strikes us as imprudent in the current environment.

– Gold, in which we’ve had a considerable overweight for the past.

three years is once again strengthening. We believe more gains are ahead. The yellow metal has strong commodity fundamentals, looks highly attractive as an alternative currency and, most importantly, is not anyone’s liability.

– On the currency front, those predicting a serious U.S. dollar decline will continue to be disappointed. The Euro, in particular, will continue to suffer, as inflation pressures and economic weakness will push real interest rates deep into the negative. 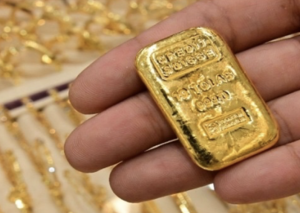 We certainly recommend the necessity of continuous reassessments and portfolio adjustments for the months ahead.