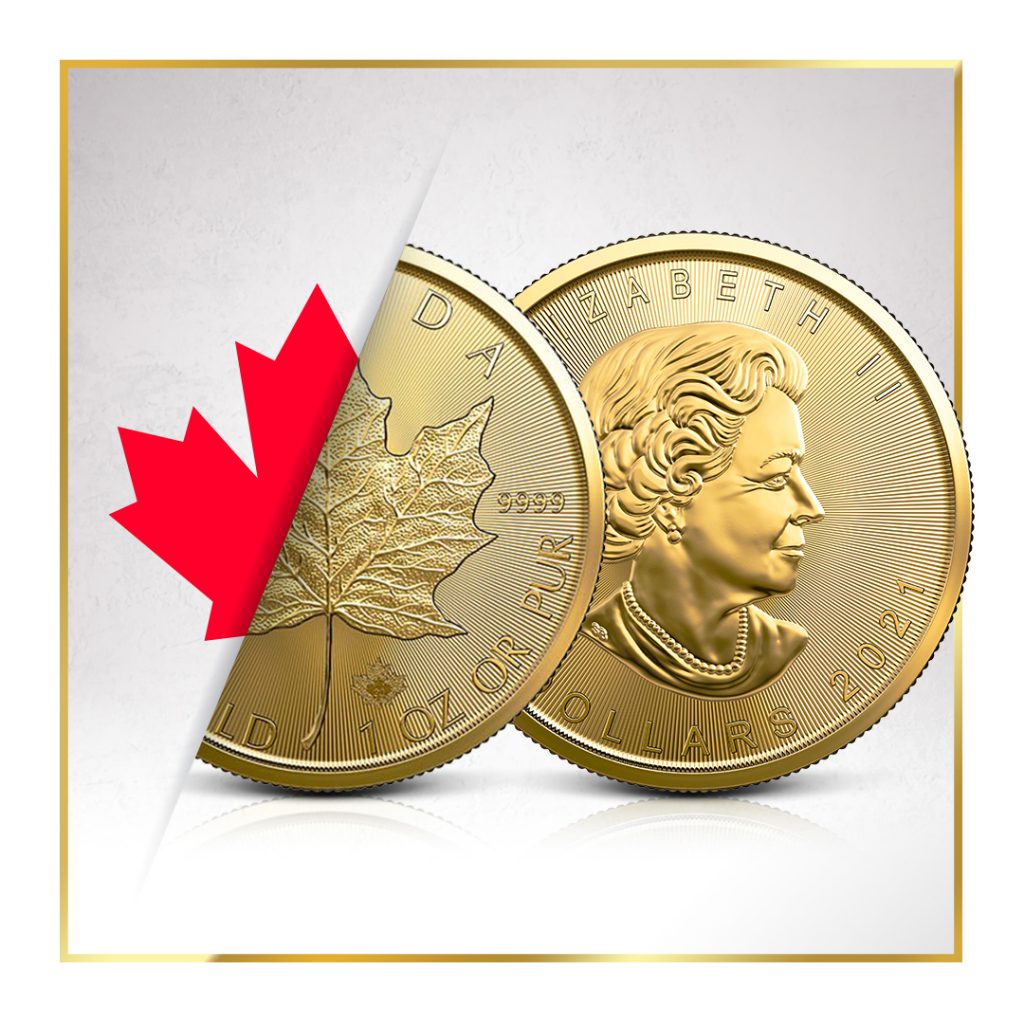 The maple leaf has been the most famous Canadian worldwide symbol since January 28, 1965, when Queen Elizabeth II proclaimed officially the new maple leaf flag. In 1979, the Royal Canadian Mint began the production of gold bullion, with $50-denomination Gold Maple Leaf one-ounce #coins. It was a mark in the industry that push out further numerous upcoming releases. In 1982 the Royal Canadian Mint introduced the world’s first 99.99% pure gold bullion coin, followed by the pure Silver Maple Leaf and 99.95% pure Platinum Maple Leaf coin released in 1988 for sale to investors and collectors. In 2007, The Royal Canadian Mint created a 99.999% pure gold bullion coin to enhance the shine and purity of its portfolio and remains the only mint in the world to issue coins at such a high standard.

Be part of this history, add this 1 oz Gold 2021 Maple Leaf Coin 99.99% to your collection and invest and protect your wealth.